In this patch, all sets (Shiny/Black/Soulreaver/Royal) have been balanced in PvP and PvE.
Nothing was changed in the general meta.
There may be small changes or adjustments to the balance in the near future.
Please let us know what you think about the current balance via the feedback ticket, and feel free to share your ideas.
For the royal sets, we included various aspects, including tactics for the new dungeons

In itself, the classes were rather buffed, but the Seraph stood out very strongly, with its damage, so this is the only class that receives a direct set nerf.
Furthermore, the changes were divided into map buffs and set buffs, so that the balance is also maintained in the Soulreaver or Black area.

For the following patchlogs, we have thought to include our thoughts on each change to avoid any possible confusion.

Slayer:
The Slayer should get more HP in order not to die even in close combat with the monsters. Furthermore, his Damage, on Royal Equipment, was slightly increased.

To help the Slayer start the game, the Slayer receives more damage in Shiny EQ

Templar:
The Templar gets a small damage buff to bring it closer to the other classes and make it not exclusively playable as a tank class.

The Templar serves among other things as a tank, so he has received in addition to some HP also block rate on his set.

The damage from the Templar is too dominant on the Shiny base, so it receives a nerf

The Force Master serves as a tank, so in addition to some HP, he has also received block rate on his set

The Seraph was "secretly overpowered", in the tests it outperformed the Force Master in terms of DPs, so this class gets a small nerf.

The Seraph serves as a tank, so this one has received block rate on its set in addition to some HP. The nerfs from the Royal Darkness Set, are also applied to the Royal Blood set, so that it is not stronger than the Royal Darkness.

Currently, the Seraph clearly dominates that tank meta, so the first thing to be done against it here is to nerf it's block rate.

Harlequin:
The Harlequin also gets a small Damage buff so that it settles at its point in the meta.

The Harlequin came too close to the DPs of a Slayer, due to the changes from the last patches, he gets a small nerf.

Crackshooter:
The HP of the Crackshooter is lowered because it has some utility advantages and does not need to engage in melee combat with the monsters.

Arcanist:
The HP in the Damage EQ was increased to push the Arcanist more into the role of the Tanky Mage. In addition, the 1o1 damage of the Arcanist was massively buffed, because the Arcanist has lost a lot of popularity. Since the cardia area, AoE plays a rather subordinate role.

The damage from the Arcanist was too strong in the 1o1 range with the Shiny equipment, so this was reduced since his strength is with the AoE.
> Shiny Arcanist Set: -20% Astral Moon PvE Damage

Which diamond is better with which class: 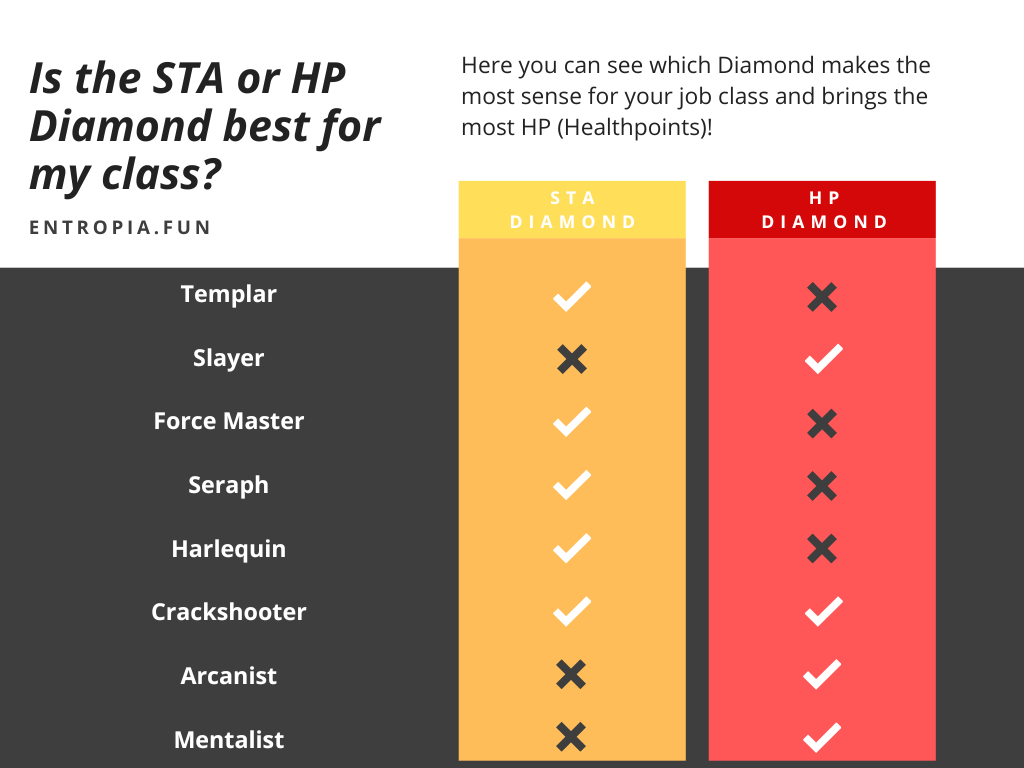 PvE Balance Data:
Here are some interesting data from the PvE balance.
For the balance we tested with an almost perfect set each with Standard power-ups and other standard values such as Royal Black guild furniture etc.! 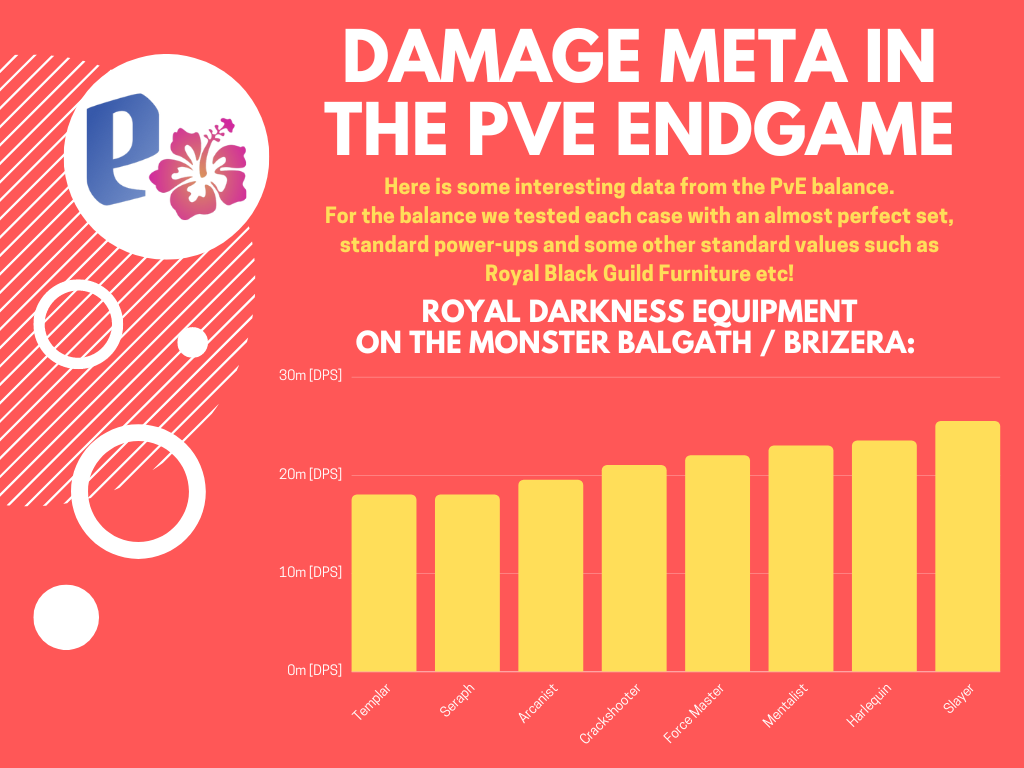 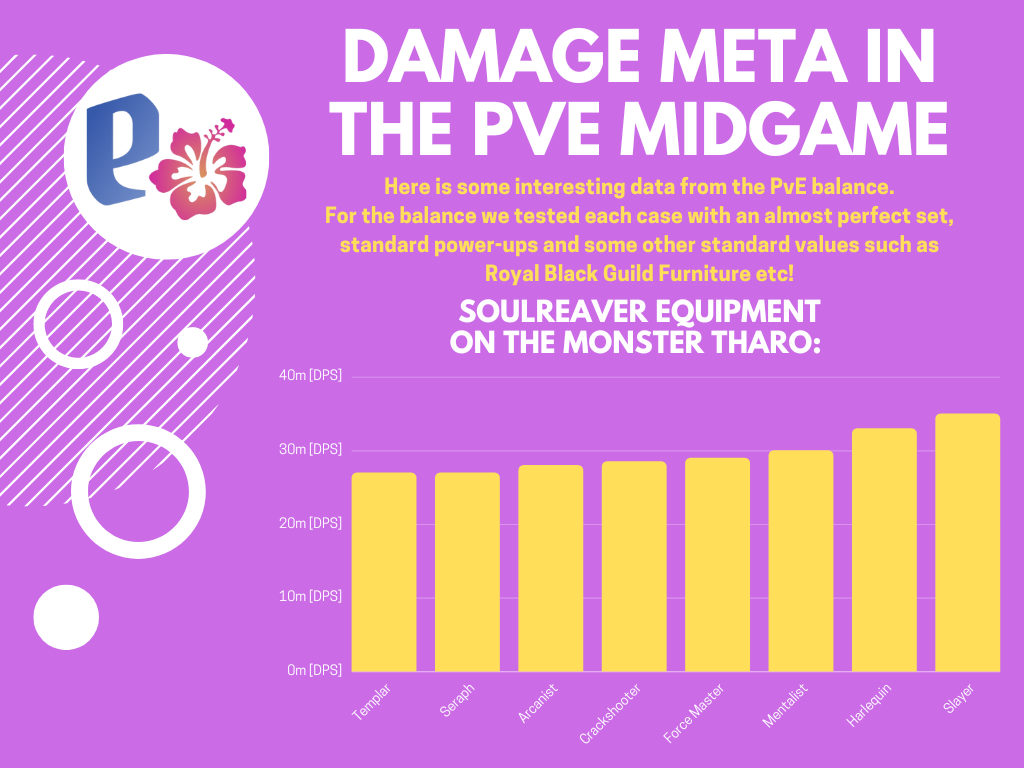 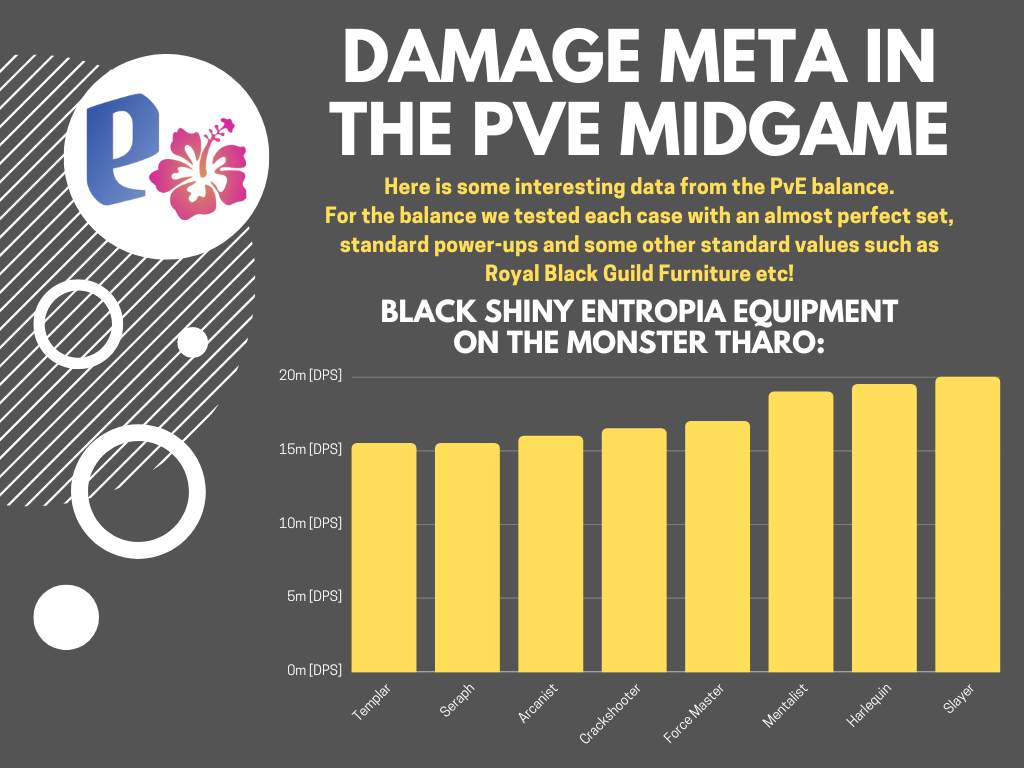 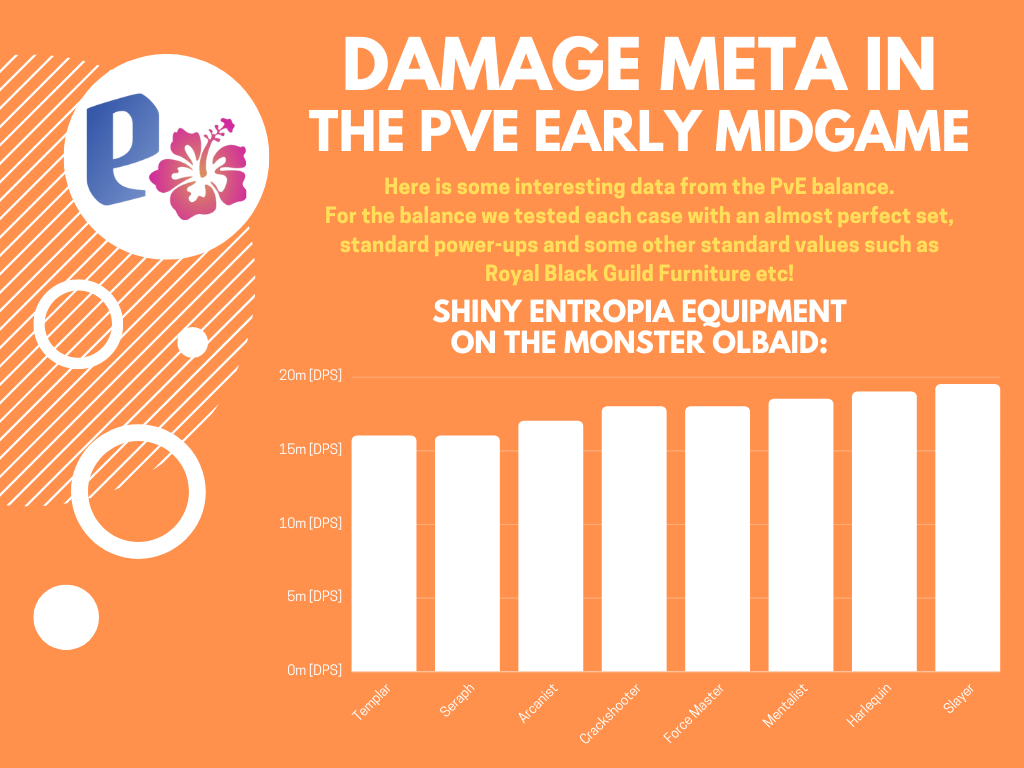 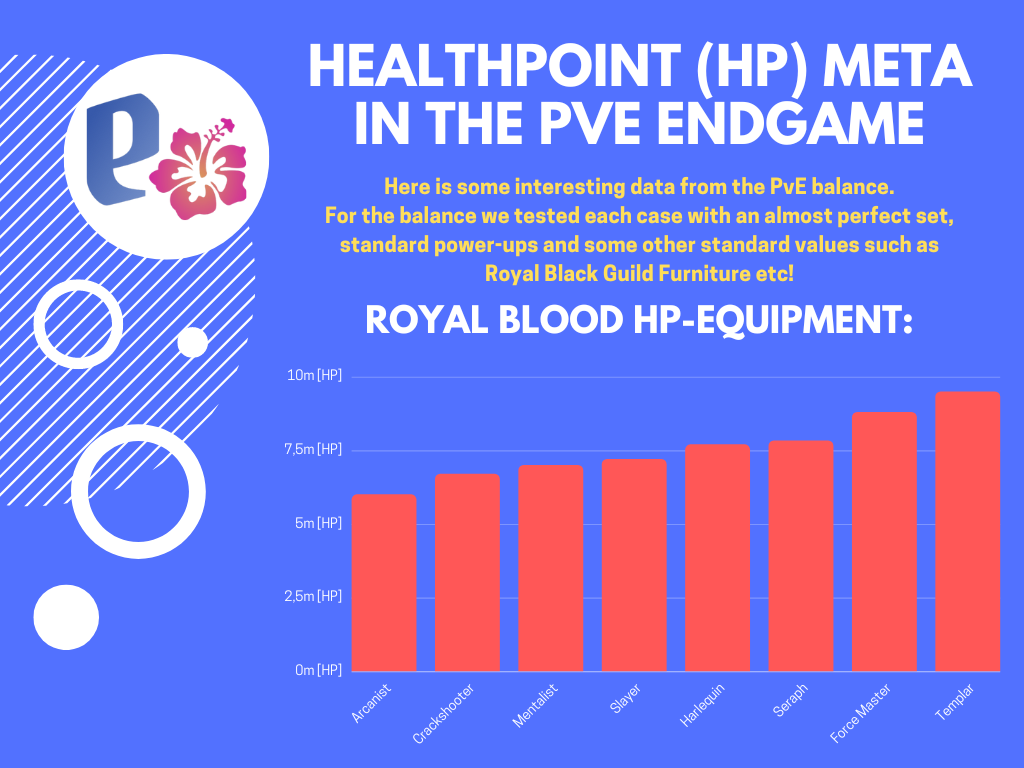 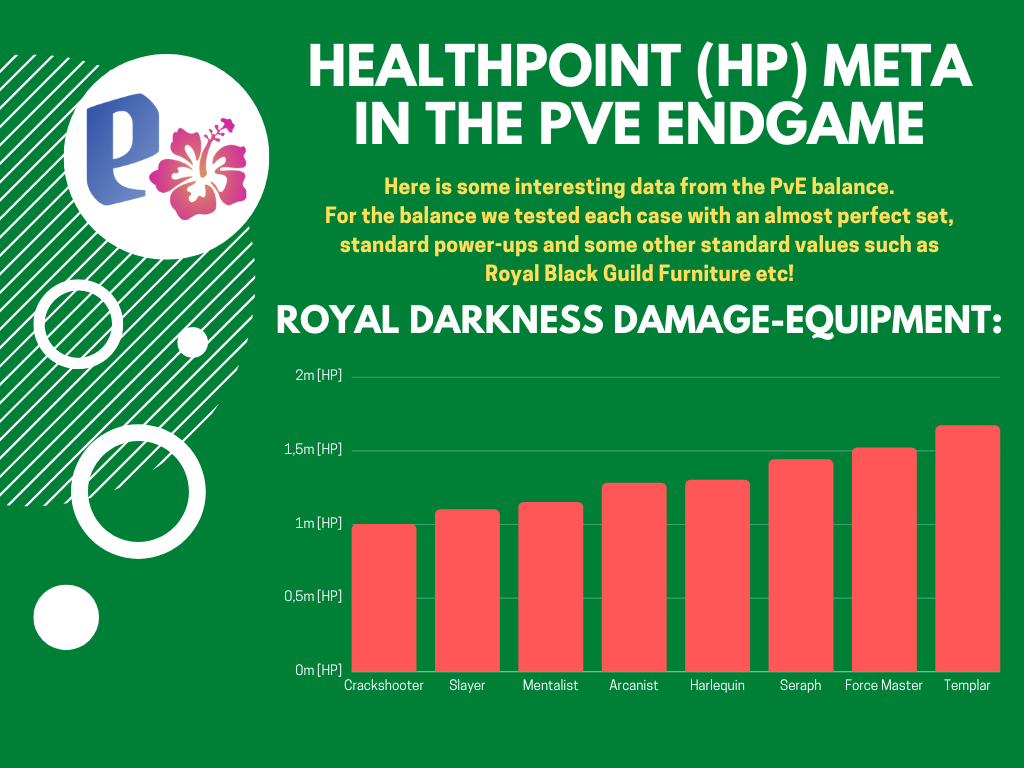 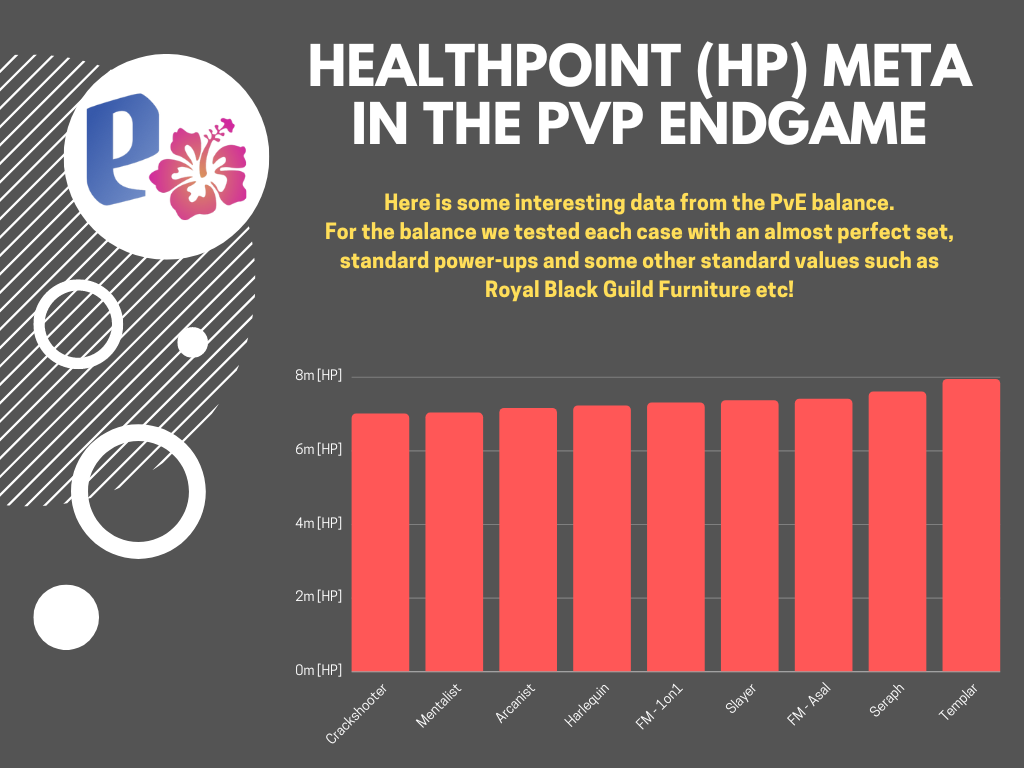 Seraph:
• -400 INT
• The damage with the Royal Blood Set is extremly reduced

ForceMaster 1o1:
• The Force Master 1o1 hitanimation, got changed
• The damage with the Royal Blood Set is extremly reduced