With this patch, the Soulreaver & Heaven of Madrigal content has been unlocked and is available to everyone.
The Soulreaver content was adapted for the current server status and can be adapted again in the future.
This content is designed for the endgame and is therefore slightly more difficult than the previously accessible content. 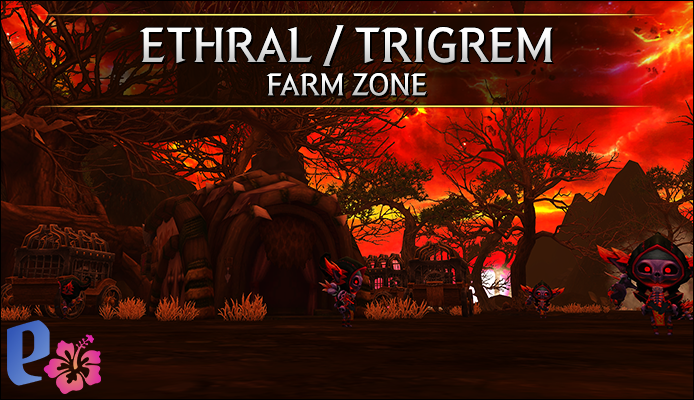 Ethral & Trigrem have been unlocked.
Here you can farm Soulreaver weapons & equipment, collect upgrade material and upgrade everything.

The exchange prices for Soulreaver items have been adjusted. 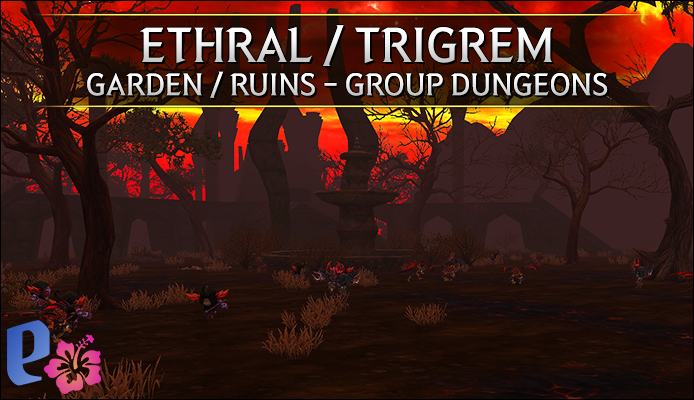 The Ethral Garden & Trigrem Ruins Dungeon have been added.
Here you can farm Soulreaver materials for the production of a Soulreaver weapon and drop Soulreaver Equipment Parts.

You can enter these dungeons once a day & with an active premium status even once more.
( 2 / 2 Daily Dungeon Access with an Active Premium Status )

The character speed limit will remain the same for the time being,
because the drop rate has been adjusted and you only have two accesses to these dungeons per day.
and you are not supposed to just skip certain areas of the dungeons.
The dungeons will not be reduced in size. 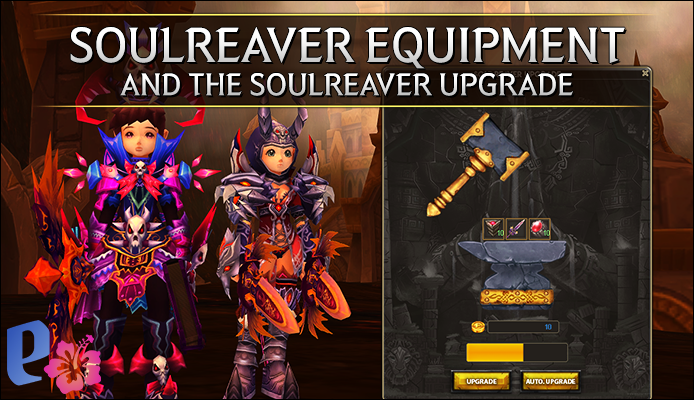 In the Ethral / Trigrem content, as already mentioned, you can farm the Soulreaver Equipments / Weapons,
which are a stronger version of the Black Shiny Equipments.

The Soulreaver Items can be upgraded with Upgrade Material, which you can farm in Ethral / Trigrem + Dungeons.
Upgrading increases your weapons & set effects.

The rate of a successful Soulreaver Upgrade has been increased!

Originally we planned to split the Soulreaver sets into different sets (PvE/PvP).
However, this would have led to some complications due to the bonus values that are currently available for the sets.

Internally, it was agreed with some of the "beta" players to leave it as it is, so that we don't need more sets for certain parts of our content.

The PvP balance is currently easy to create for all players through our stat optimisation system and the map buffs in the PvP / Guild Siege Arena.

Whether a separation of the sets (PvE / PvP) will still be carried out remains open for the future design of our content.

The adjusted Soulreaver PvP balance will be updated in the next few weeks!
(This change can be made in live mode!)

In the meantime, we wish you lots of fun and success farming and upgrading the Soulreaver items! 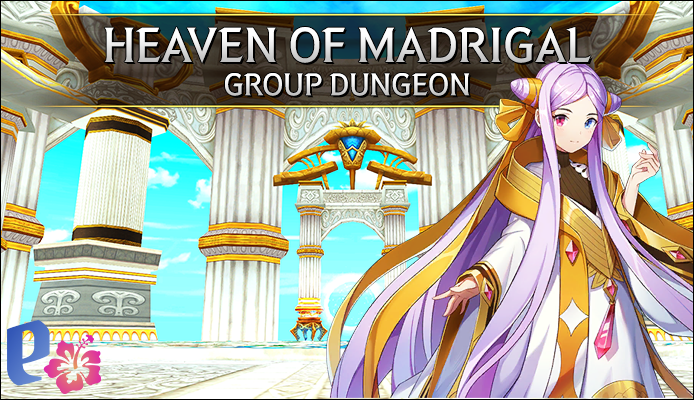 The kingdom in the Heaven of Madrigal was conquered by a devilish creature called "Saphira"!
She is focused on the Infinity Stones of the Gods of Madrigal, which have given her indescribable powers.
She did everything he could do, to get them!

The Infinity Guardian "Athene" (Guardian of the Gods of Madrigal)
was the only one who was able to save himself from the kingdom through a portal to the human world of Madrigal.

Save the Kingdom in the Heaven from Madrigal...
Save Madrigal! 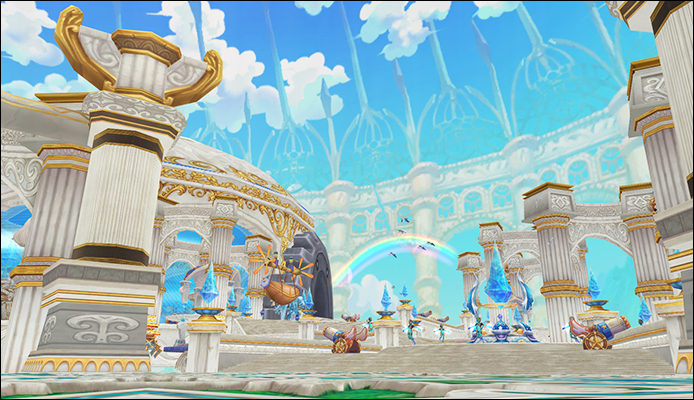 In the "Kingdom - Heaven of Madrigal" Dungeon, the Queen Saphira awaits you with her Holo Army and Attendants!
Help Athena to bring back the Kingdom of the Gods to her and to kill "Saphira" for Madrigal!

Her servants and projected holograms have unprecedented abilities and powerful spells!
Be sure to be well equipped with your companions to win the battle!

From the chests in the dungeon you can get Infinity Treasures with a 20 percent chance,
which can contain Infinity Stones! 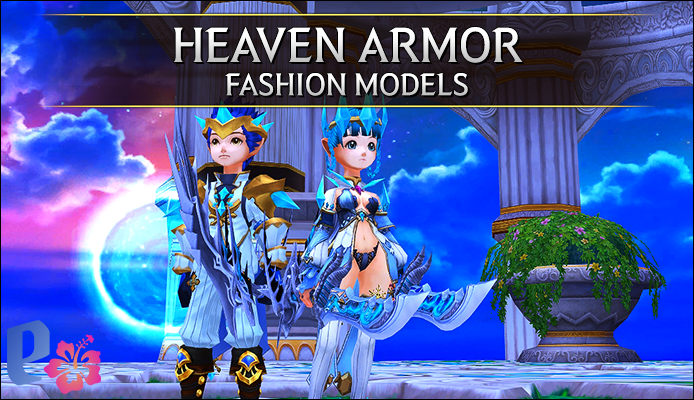 The Celestial Armor & Weapons (Models) can be dropped in the Kingdom - Heaven of Madrigal Dungeon! 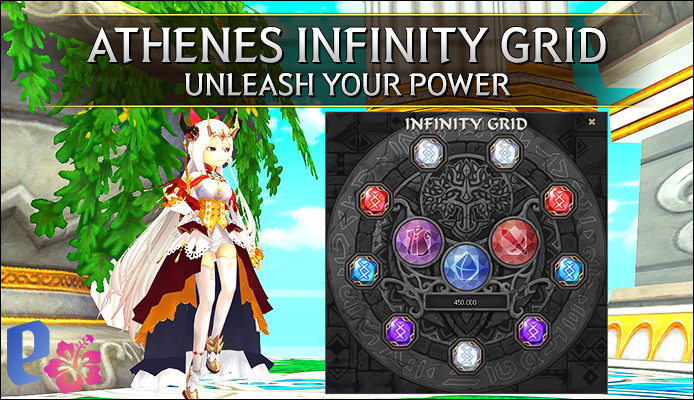 Due to the unlocking of the Heaven of Madrigal dungeon, we explain the Infinity Grid System again:

Athena gives you the power of Infinity Stones to help you to reclaim the kingdom of Madrigal.
The Infinity Grid has been bound to your character by Athena and can only be used by her.

You can get Infinity Points by completing Tasks such as:
- Killing Monsters -
- Killing Boss Monsters -
- Daily Quests in Kebaria/Aurania -
- Collect on the Collectorfield -
- Killing people in the Guild Siege/Rumble -
- Recycle Infinity Stones -

With the Infinity IP-Stone from the Vote Shop you get the double amount of Infinity Points for 1 hour!

Infinity Grid - Explained:
The Infinity grid is about to get the best out of it over a longer period of time.
The Stones on the outside will give you 1 to 5 random status values depending on the stone.
The Insert/Removal costs are starting from 7.500 to 25.000 Infinity Points (Depending on the Stone)

The Middle Crystals are there for every character from the beginning and can be levelled up for infinity points.

The Infinity stones (outer rim) are available in different variations and can be dropped in the Kingdom - Heaven of Madrigal
Dungeon and from some older dungeons (lower chance).
*Check the Droplist from the Teleporter to know, where you can drop those stones!

Stone Effects: (You randomly get 1 to 5 effects when using)
*You can remove the stones again and try to get new values!

The Ultimate Entropia Mystic Treasures will be available in the Premium Shop starting today at 09:00 PM - UTC+2!

These Treasures can also be earned in-game through e.g.:
PvP, Platinum Level, Daily Activities, Daily Rewards Calendar, Secret Room, Premium Dungeon.
*It should be noted that the premium status can easily be obtained through events.

However, if you support our server, you can get these chests faster.
*There is also a slightly weaker version of this glyph in the game, which can be farmed more easily.

You will receive a random item when you open this chest.
The contents of the chest can be viewed by CTRL + right-clicking on the chest.

Among the random items from this chest, you may be lucky enough to receive a Permanent Ultimate Glyph or Pieces,
which can be converted directly into an Ultimate Glyph with a certain number at the Entropia Chip Manager in Flaris!

Receive additional 7-day items with each newly created character for an easier start on our server!

You will receive special coins from the Beginner Box, which can be exchanged for 7-Day: Dragon Cloaks, Dragon Sets and Entropia Weapons at the Event NPC in North Flaris.

These 7-day variants of the items cannot be upgraded or fused (Weapon Fusion).

• The Templar Sword Scross effect has been removed on the Big Axes.
*However, the Templar now does +120% more damage with Big Axes in PvE areas.
• The drop rate of the Bonus Transfer, Awake Transfer cards from the Heaven of Madrigal Dungeon has been reduced.
• The Arcanist / Mentalist damage debuff that was active in some dungeons due to PvE balance has now been completely removed!
*From now on: +20% more damage with Spirit Bomb / Astral Moon.
• The damage of our crafted Harlequin AoE skill has been permanently increased by +25%.
• Crash & Security Fixes
• Client & Server optimizations

Further suggestions, reported bugs & wishes will be implemented / fixed in the next updates.
- Your Entropia Team